You’re searching for a pen and in desperation you grab one off of your child’s dresser. But, when you pop the top off you’re dismayed to realize…it’s not a pen.

Would you know it if you saw it?

Vaping is still a relatively new phenomenon. That means that a lot of parents have no idea what a JUUL, Puff Bar or any other type of vape device might look like. The fact is, vape devices can disguise themselves to look like a number of different everyday items such as a key fob or a lighter. Some parents have probably looked directly at an e-cigarette and thought it was a very large flash drive. To help you out, we have a few resources on this page that show what a vape device might look like.

Why does it matter?

From the beginning, the vaping industry has worked hard to promote that vaping is safer than smoking. For individuals who are already struggling with a nicotine use disorder, that might be true. However, vaping is still too new to have scientific proof about that claim. And regardless of whether they are right, “safer” is not the same as “safe.”

The emission from an e-cigarette is not a vapor, but an aerosol full of chemicals such as formaldehyde, propylene glycol and heavy metals such as nickel, tin and lead. In addition, it also carries the addiction-developing substance nicotine. We may not have the full story about the damage being done to lungs from vaping. But, we do know that our lungs were not designed to inhale those chemicals without it having some sort of impact. Recent studies have linked vaping to users developing a “leaky gut”. This is just one of the many challenges that we do know vaping causes. (Learn about other impacts here.)

Your child might argue that there are nicotine-free vapes available. But, when these were tested, many were found to actually contain nicotine. Most recently, Puff Bar came out with flavored vapes that contain “tobacco free” nicotine—a move that seems to have been made to deliberately sidestep the FDA and market to our children online.

What do you do?

Talk to your kids about vaping (and other forms of drugs and alcohol) early and often. If they aren’t vaping, do some research together to learn more. (Be very careful to mind the sites you are going to. Vaping companies have created many sites filled with articles that attempt to counter the scientific evidence that speaks to the danger of vaping.)

If they are already vaping, it’s more important to talk to them to understand “why” rather than giving them a lecture or grounding them for life (even if that is tempting). Most teens vape because they are stressed or because feel pressured to do so. Helping them to develop tools to cope with their challenges will do far more than punishing them.

1 Source: What’s in an E-Cigarette? https://www.lung.org/quit-smoking/e-cigarettes-vaping/whats-in-an-e-cigarette 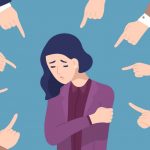 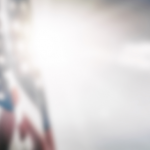 Five Tips for Talking with Your Teens