Vaping is not as safe as you think.

Vaping is the term used for smoking e-cigarettes or other similar devices. Vaping or E-Cigarettes have become a popular form of nicotine delivery, especially among teenagers and young adults. E-cigarettes and vaping devices work by heating up a liquid that contains nicotine, which creates a water vapor (or aerosol) that the user breathes in. While inhaling these vapors may not be as harmful as traditional smoking, vaping is still bad for your health.

These devices have a trendy design that doesn’t look or smell like the traditional cigarette, which tends to attract teens and young adults. Because these devices come in different flavorings like cherry or bubblegum, many think they’re just inhaling something that tastes good. This couldn’t be further from the truth. Why is Vaping still bad for you? Scroll down to learn more:

1: Electronic Cigarettes Are Just As Addictive As Traditional Ones

Both e-cigarettes and regular cigarettes contain nicotine, which research suggests may be as addictive as heroin and cocaine. What’s worse, says Blaha, many e-cigarette users get even more nicotine than they would from a tobacco product — you can buy extra-strength cartridges, which have a higher concentration of nicotine, or you can increase the e-cigarette’s voltage to get a greater hit of the substance.

2: Research Suggests Vaping is Bad for Your Heart and Lungs

Nicotine is the primary agent in both regular cigarettes and e-cigarettes, and it is highly addictive. It causes you to crave a smoke and suffer withdrawal symptoms if you ignore the craving. Nicotine is also a toxic substance. It raises your blood pressure and spikes your adrenaline, which increases your heart rate and the likelihood of having a heart attack.

Is vaping bad for you? There are many unknowns about vaping, including what chemicals make up the vapor and how they affect physical health over the long term. “People need to understand that e-cigarettes are potentially dangerous to your health,” says Blaha. “Emerging data suggests links to chronic lung disease and asthma, and associations between dual use of e-cigarettes and smoking with cardiovascular disease. You’re exposing yourself to all kinds of chemicals that we don’t yet understand and that are probably not safe.”

3: Vaping Is Less Harmful Than Smoking, But It’s Still Not Safe

E-cigarettes heat nicotine (extracted from tobacco), flavorings and other chemicals to create an aerosol that you inhale. Regular tobacco cigarettes contain 7,000 chemicals, many of which are toxic. While we don’t know exactly what chemicals are in e-cigarettes, Blaha says “there’s almost no doubt that they expose you to fewer toxic chemicals than traditional cigarettes.”

However, there has also been an outbreak of lung injuries and deaths associated with vaping. As of Jan. 21, 2020, the Centers for Disease Control and Prevention (CDC) confirmed 60 deaths in patients with e-cigarette, or vaping, product use associated lung injury (EVALI).

“These cases appear to predominantly affect people who modify their vaping devices or use black market modified e-liquids. This is especially true for vaping products containing tetrahydrocannabinol (THC),” explains Blaha.

The CDC has identified vitamin E acetate as a chemical of concern among people with EVALI. Vitamin E acetate is a thickening agent often used in THC vaping products, and it was found in all lung fluid samples of EVALI patients examined by the CDC.

The CDC recommends that people:

4: E-Cigarettes Aren’t the Best Tool To Help You Quit Smoking

Although they’ve been marketed as an aid to help you quit smoking, e-cigarettes have not received Food and Drug Administration approval as smoking cessation devices. A recent study found that most people who intended to use e-cigarettes to kick the nicotine habit ended up continuing to smoke both traditional and e-cigarettes.

5: No Matter The Method, Nicotine Is Addictive

Among youth, e-cigarettes are more popular than any traditional tobacco product. In 2015, the U.S. surgeon general reported that e-cigarette use among high school students had increased by 900%, and 40% of young e-cigarette users had never smoked regular tobacco.

According to research, there are three reasons e-cigarettes may be particularly enticing to young people. First, many teens believe that vaping is less harmful than smoking. Second, e-cigarettes have a lower per-use cost than traditional cigarettes. Finally, vape cartridges are often formulated with flavorings such as apple pie and watermelon that appeal to younger users.

Both youths and adults find the lack of smoke appealing. With no smell, e-cigarettes reduce the stigma of smoking.

One of the biggest concerns among doctors about the rise of vaping is that people who would’ve never smoked otherwise, especially youth, are taking up the habit. This often leads to using traditional tobacco products down the road. Most users also don’t realize that no matter the method, nicotine is still very addictive and can have dangerous effects to their health.

6: The Flavors & Stabalizeres in E-Cigarettes Can Cause Unknown Inflammation to Delicate Lung Tissue

All one has to do is turn on the national news to hear about more and more cases where severe — sometimes irreversible — damage to the lungs, and in extreme cases even death, occurs in teens who were vaping. Adolescents often feel that bad things happen to everyone else, but the risks associated with vaping are real. Many teens are taking things a step further, adding cannabis, CBD oils and other dangerous additives to vaping devices. When patients show up to the emergency department in respiratory distress from vaping, it’s challenging for physicians to treat them. This is due to the difficulty in correctly identifying what they inhaled, especially when they are intubated or unconscious. 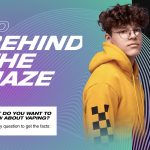