From seniors in high school to senior citizens, most people have heard of this relatively new term, “vaping.” What does it mean to say someone is vaping? Vaping is defined as, “the inhaling of a vapor created by an electronic cigarette (e-cigarette) or other vaping device.” It may be called a vape pen, vaporizer, e-pen, e-pipe, e-hookah, e-cigar, JUUL, puffbar, or e-cig. It can look like a thumb drive, highlighter, pen, watch, or even fit in a hoodie! Though it may come in different shapes and sizes, the bottom line is the same. These devices produce a vapor that typically contains metals and chemicals, such as the addictive chemical known as nicotine, plus other flavoring chemicals which agitates the lungs. Let’s look at what vaping is really doing to the body, from the very first puff.

From the Moment of Inhale

Many kids express curiosity about these devices. From references in pop culture and online, to what they see at home, children are always curious. One middle-school-aged child was recently asked about her experience after she revealed she had tried vaping in the past. She said, “It felt like my throat was on fire. I tried to rush to drink water but coughed so hard it came out of my nose. I never want to try that again!” She isn’t alone in that experience. In fact, as soon as the vapor leaves the e-cigarette and begins its journey into the body… coughing, difficulty, coughing , difficulty breathing, fever, nausea and vomiting can ensue. While your throat may feel like it’s burning and agitated, let’s look even further, into what’s happening in the lungs.

Breathe In, Cough Out?

Healthy developing lungs do not like metal particles and harsh chemicals. Among the chemicals found in vapes are: 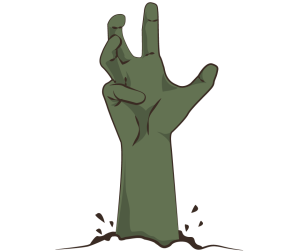 Feed Me Their Brains – Zombies or Vape Companies?

Vape aerosol also affects the brain. Similarly to healthy developing lungs, a healthy developing brain does not like getting overloaded with harsh chemicals. A young brain is especially vulnerable to the effects of nicotine. Nicotine has been found to cause slow brain development in teens and affect memory, decision-making, concentration, self-control, and mood. The difficulty with self-control and decision making will follow into adulthood as well. Nicotine is also highly addictive. Teens who use vapes are three times more likely to begin using traditional cigarettes. Exposure to nicotine at an early age can also cause a higher likelihood of being addicted to other substances, such as cocaine or alcohol.

Regardless of how you have heard of vaping before, now you know the effects on the body. Contrary to what large, greedy vaping companies would want you to believe, vaping is NOT healthy for you. There are many great stress relievers and escapes out there: exercise, meditation, music, drawing, painting, and walking just to name a few! By avoiding the harmful effects of vaping on the body, we are choosing to prioritize our health. Choose to be the healthiest, happiest version of you and leave vapes in the dust.

Vaping is a relatively new trend among our youth. In a time where everything is moments away from becoming a “viral sensation”, how did…

The Dangers of Vaping

The prevalence of vaping has grown in recent years, especially among the youth. With a lot of misinformation swirling around, it can be hard…

Whether you’re trying to get a head start on talking to your child about vaping or you suspect your child is already vaping, one…

You’re searching for a pen and in desperation you grab one off of your child’s dresser. But, when you pop the top off you’re…

In 2020, the FDA announced that were banning the sale of Puff Bar E-Cigarettes and required that all products be removed from the U.S.…