In April of 2021, Nora Volko, the head of the National Institute of Drug Abuse gave a report on the rise in overdose deaths due to street Fentanyl being laced in several drugs including cocaine, weed and more. Nora gave a full report during an online gathering of researchers put together by the American Society of Addiction Medicine.

“We’ve seen a very significant rise in mortality,” said Dr. Nora Volkow, head of the National Institute of Drug Abuse. “People are often consuming fentanyl “unbeknownst to them,” resulting in a spike in overdose deaths.”

According to preliminary figures released in early April by the Centers for Disease Control and Prevention, synthetic opioid fatalities rose by an unprecedented 55% during the twelve months ending in September 2020. (The CDC says overdose death data is reported after a roughly six-month lag because of the challenges of collecting accurate information from jurisdictions around the country.) Deaths from methamphetamines and other stimulants also surged by roughly 46%. According to Volkow, this increased was shown to be linked to fentanyl contamination.

The nation’s COVID pandemic made the nation’s drug overdose epidemic worse as more people are turning to alcohol and various drugs to cope with the stressors that have come along with the pandemic. But, the rise of overdose deaths due to fentanyl has been alarming in cities and small towns across the country.

WHAT IS FENTANYL & WHAT DOES IT DO?

Fentanyl is a strong narcotic typically used for people who have severe health conditions, such as cancer. It is also often prescribed for those dealing with severe and disabling pain after a surgery. However, in the past few years, people have started to add this drug to other substances to enhance their effects. As mentioned earlier, there are numerous reports of fentanyl being added to heroin, cocaine, and even marijuana.

Fentanyl is being used to lace the illicit drug market because it’s very profitable for the seller. Because it’s highly addictive, sellers will use it in various drugs being sold to keep users returning for more. But, its dangers for its users are unprecedented.

Fentanyl is a very strong opioid which is extremely addictive. But, it’s strength is what makes it even more dangerous. Fentanyl is 50 times stronger than heroin and up to 100 times more potent than morphine, according to the U.S. Centers for Disease Control and Prevention. Ingesting as little as .25 mg can be fatal. This is why the CDC currently labels Fentayl as the deadliest drug in America. It is responsible for more deaths than any other drug.

The photo above shows a comparison of a U.S. penny to a potentially lethal dose of fentanyl.

THE PANDEMIC – A PERFECT STORM:

During a time when stress is high and money is lower than ever, the pandemic has created a perfect storm for this drug to re-introduce itself. Individuals who choose to casually misuse various drugs are at risk just as much as an individual who may already be fighting a deeper struggle with any particular drug or stimulant. So, whether its your first time trying weed, or a group of friends decide to indulge simply to release stress or otherwise, you could be putting yourself at a much greater risk than you can imagine.

SIGNS OF AN OVERDOSE:

Without quick treatment, a fentanyl overdose can be fatal. After taking a dose of fentanyl that is too much, someone can overdose within seconds to minutes, according to the Partnership for Drug-Free Kids. The symptoms of an overdose are typically clearly noticeable. It’s important to know the signs.

When someone overdoses on fentanyl, they may display the following symptoms, according to MedlinePlus:

TREATMENT FOR AN OVERDOSE:

To help someone who is experiencing an overdose, give them naloxone if it is available. It may take more than one dose, depending on the amount of fentanyl or other narcotics they have taken. Naloxone should be administered properly and as soon as the overdose symptoms begin, if possible.

When street fentanyl is combined with other drugs, people can experience the effects of both. This can make opioid side effects much stronger. It may also intensify some of the effects of stimulants.

If anyone is using drugs that may be laced with fentanyl, it is imperative that they seek treatment to avoid the dangers of this drug. The combination of fentanyl with any other drug is fatal. Fentanyl is not a drug that should be taken recreationally, as it can rapidly lead to overdose and death.

HOW TO PROTECT YOURSELF FROM FENTANYL:

It is not possible to determine if a drug is laced with fentanyl-based on its look, taste, color, or consistency. However, there are strips that people can use to quickly determine if the drug they are about to take contains fentanyl.

People can easily carry the strips with them to test the drugs they are using. Take a very small amount of the drug and put it in water. Put the strip into the water, and it will tell someone if the drug they are about to take is laced with fentanyl, according to a report published in The Wall Street Journal.The strips can be purchased without a prescription or any special credentials. Some drug stores have them, or they can be found online. This means that people using illicit drugs do have access to these strips to protect themselves.

This Pandemic season has been stressful on everyone for many different reasons. But, misusing this particular drug can only make matters worse. The fact that Fentanyl is being laced inside of other drugs including marijuana (which is now a legal drug in itself) more than usual is opening a new world to people who might not have otherwise used any other drugs. Our goal is to provide you with information that will help anyone reading make wise decisions during this season. This includes connecting our readers with resources and suggestions for coping with anxiety and stress and tools for fighting addiction.

Stay connected to our website for more information that will keep you informed and educated about mental health, substance misuse, resilience and overall health tips. 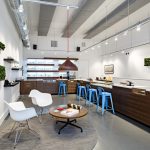 My Story Weaves Our Story