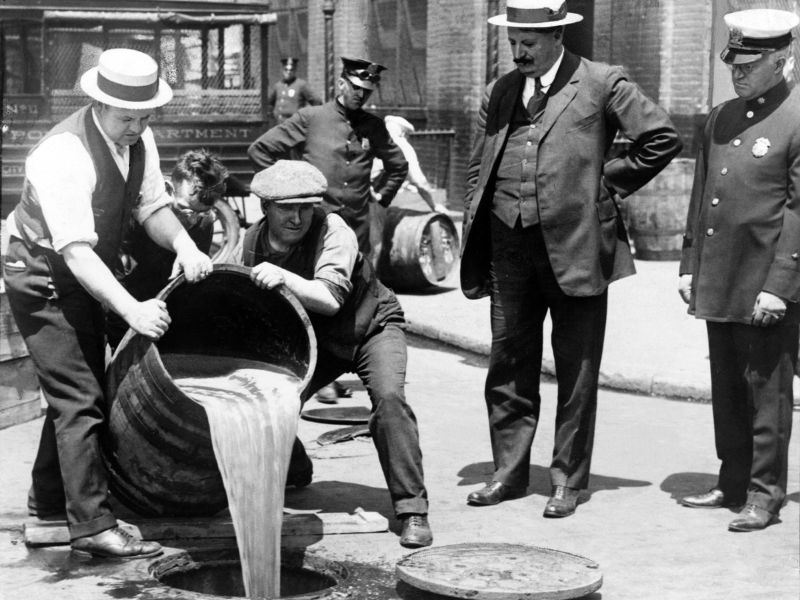 Have you ever wondered why the minimum legal drinking age (MLDA) in the United States is 21? Maybe you’ve traveled abroad or spoken to someone from another country and realized that other places have vastly different legislation regarding alcohol consumption. Well, things are a bit different here, especially juxtaposed to other countries around the world. The truth is the origins of our MLDA date back to over two centuries ago. It’s a long-complicated history, so we’ll need to start from the beginning.

From 1920 to 1933 it was illegal to manufacture, sell, or transport intoxicating liquors per the 18th amendment. Since alcohol consumption is normalized in today’s culture, it may be shocking to some that our congress had the three-quarters support it needed to ratify that constitutional amendment. This overwhelming support was made possible by the religious sentiments which prevailed during that time. America was a nation conceived of many things including Protestant teachings and evangelical ideologies. These ideals would be the foundations for many great movements such as the fight for independence from the British and the abolitionist movement. Undoubtedly, it was a bloody coming of age but ultimately led to the country we know today.

However, this awakening led to another phenomenon known as the temperance movement. The goal of this movement, which started in the early 1800s, was to create a society that was morally pure and steadfast. Religious followers pushed for social and legal changes that adhered with the moral standards set by biblical teachings. By the Civil War, many states had passed their own prohibition laws.

When the U.S. entered the First World War in 1917, President Woodrow Wilson enacted a war time prohibition to save grain for the war efforts. This provided the perfectionists with the window of opportunity they were patiently waiting for. Congress passed the 18th Amendment, which went into effect in 1920 and made prohibition constitutional superseding any state legislation.

Initially, prohibition seemed to be a success. Public drunkenness, arrests, and alcohol-related violence decreased. However, very quickly the unintended consequences became apparent. Black markets for alcohol began to pop up all over the country, especially in urban areas. Speakeasies and bootleggers propped up organized crime operations, making numerous criminal millionaires. Bars and restaurants that once relied on alcohol sales found it hard to stay in business. Not to mention, thousands of people died each year from drinking bootlegged moonshine that contained deadly toxins. To speak frankly, the Prohibition Era was not successful. In 1933, Congress passed the 21st Amendment which repealed the 18th Amendment and overturned the federal ban.

The 21st Amendment gave back the authority to each state to set its own MLDA. The majority of the states, with a few exceptions, set their MLDA to 21. However, another constitutional amendment would soon pass that changed the landscape once again. In 1971, Congress passed the 26th Amendment, which lowered the minimum voting age from 21 to 18. Following suit, most states lowered their MLDA leaving only 14 states with a MLDA of 21.

After a spike in fatal car crashes amongst teenagers, researchers began to analyze the data. Most concluded that there was a direct correlation between the lowered MLDA and increase of teenage alcohol related deaths and accidents. Advocacy groups such as MADD (Mothers Against Drunk Driving) began campaigning for states to raise the MLDA to 21. Their efforts were successful in some states, but numerous states resisted pressure to change their drinking laws.

However, the surging number of fatalities would once again gain attention from the federal government, including President Ronald Regan. Since the 21st Amendment guaranteed States’ right to regulate alcohol, the federal government had limited authority. So, they got crafty. In 1984, President Regan signed the National Minimum Drinking Age Act into law. Essentially, this law withheld a portion of federal highway funding from states unless they raised their MLDA to 21 by 1987. Its legality was challenged by South Dakota in the U.S. Supreme Court, but ultimately the law was upheld. In short, any state could lower their MLDA if they so desired, but they would face the consequence of reduced federal highway funding. The threat of decreased funding was very effective and by 1988 all states had raised their MLDA to 21.

As promised, the U.S. has had a long-complicated history with alcohol. The real question is whether our current MLDA laws are effective. According to SAMHSA, “The National Highway Traffic Safety Administration estimates that MLDA 21 has saved 31,417 lives from 1975-2016. Lowering the MLDA would surely increase traffic accidents, injuries, and deaths.[5]” If that number seems small to you, you may need to think about the dozens or hundreds of people that would be affected by each of those deaths.

Alcohol is a tricky substance. Waiting until you’re 21 allows your brain more time to develop, which can mean better impulse control and decision making. Although, safe/moderate alcohol consumption should be the goal for legal drinkers as well. For more information about responsible alcohol consumption, including how to discuss it with your children, feel free to read our other alcohol related articles. 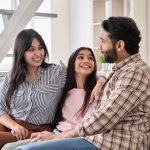 When Should I Talk to My Kids About Drugs and Alcohol?

When Should I Talk to My Kids About Drugs and Alcohol?

Understanding the Link Between Marijuana and Psychosis