According to Dictionary.com, the definition of stigma is “a mark of disgrace or infamy; a stain or reproach, as on one’s reputation.” The medical definition the site provides goes on to say, “a mental or physical mark that is characteristic of a defect or disease.”

You may have heard phrases such as “the stigma of mental health” or “the stigma of addiction.” But hearing those phrases doesn’t bring a true understanding of what stigma is or how damaging it can be.

Part of the reason the concept of stigma is hard to understand is that the discrimination it causes is often not realized, except by those experiencing it.

In olden times, leprosy carried the burden of stigma with it, but it was a stigma that was obvious to all. The person with leprosy was completely shunned, sent out of the community to live apart from everyone else, forced to beg for life’s necessities. The judgement passed by others brought extreme shame and hardship on “the leper.” The disease was all most people worried about. Unless they personally knew the person with leprosy, people didn’t necessarily consider the impact of this banishment on him or her. They were more concerned with how the leprosy could impact them. (Understandably so, since it was highly contagious.)

That cycle of judgement and shame, that stigma, applies to various audiences today, but we’re not talking about contagious diseases. People with mental health challenges and those with substance use disorders are often looked upon as “less than.” They are judged to be less intelligent, weaker, less capable…in short, they are seen as less than “other people,” when in reality, they are warriors fighting a daily battle others know nothing about. They are often denied job opportunities and/or housing. They may even feel less than welcome in places of worship, civic organizations, and/or clubs.

These warriors hide a part of themselves because they believe that if anyone knew their struggles, they would not have any friends. Before we scoff at that idea, we should consider honestly how we would react if someone approached us and said: “Hi, I’m Brian, and I have a substance use disorder. I’ve been in recovery for three months.”

That’s stigma. It results in isolation, self-doubt, and depression. That overwhelming shame and the fear of isolation means that most people who need help won’t ever seek it. They’ll try to “fix” themselves on their own—a path that is rarely successful.

Whether someone is in active addiction or recovery, struggling with a mental health issue or controlling it, the truth is, they need other people. They need them to listen, to encourage, to support. They need friendship, they need a chance to work, they need a chance. They may fall, but don’t we all, at one point or another?

Overcoming stigma is about seeing past the disease to the person, to see their potential and help them reach it. It’s something each one of us can do. 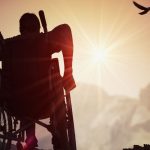 MAT/MOUD Provides a Chance at Recovery 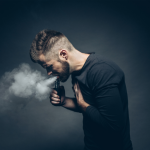 The Dangers of Vaping