Fentanyl, a synthetic opioid, has become more dangerous than ever because it is being used in “pressed pills,” and it is being consumed by people who are unaware of its presence. In our local area, fentanyl was responsible for approximately 75% of all drug overdose fatalities in 2021. In light of this sobering statistic, it is frightening to think that an even more potent opioid is in the U.S. and may soon make its way into the Shenandoah Valley: isotonitazene, or “ISO” for short.

ISO is a synthetic version of etonitazene, which is an opioid discovered in 1957. Etonitazene is so powerful, and so addictive, that it was never made commercially available for human use.3 Isotonitazene, though not as strong as etonitazene, is perceived to be no less dangerous, and therefore it “is not an approved pharmaceutical product and is not approved for medical use anywhere in the world.”1

To put this in perspective, consider this: Fentanyl is 100x more powerful than morphine and ISO is even more potent than fentanyl. Though studies are still being conducted to determine its potency, the DEA cited a study in mice that found ISO to be 500x more potent than morphine,2 and the Florida Attorney General stated, “ISO is approximately 20 to 100 times stronger than fentanyl.”7

ISO’s Advancement in the U.S.

Its deadly infiltration into the U.S. started slow but has been gaining momentum at an alarming rate. ISO was found in California as early as April 2019, and was responsible for at least 18 deaths between August 2019 and January 2020. Over the next six-month period, there were 31 additional deaths, bringing the number of confirmed deaths from iso to a total of 49 by August 2020. Estimates indicate that by the summer of 2020, the number of deaths attributable to ISO increased to approximately 40 to 50 deaths per month.4

The increase could be even more dramatic than is known. “It’s also difficult to know if ISO is on par with fentanyl because most toxicology reports don’t test for its presence in overdose cases. It’s possible that some overdose deaths linked to heroin or fentanyl may have actually resulted from ISO’s presence within those drugs,” reports New Horizon Drug Rehab.3 In fact, from January 1, 2020 to July 31, 2020, there were at least 40 fatal overdoses involving ISO just in Cook County, IL, and Milwaukee County, WI.6

In March 2020, ISO was discovered in counterfeit Dilaudid pills, which is an opioid intended for those with severe pain, postoperative acute pain, or severe chronic pain. Dilaudid itself is listed as possibly habit-forming—in other words, a person taking Dilaudid could develop a dependence or even a substance use disorder. It also lists as a precaution that taking a larger-than-prescribed dose can cause breathing problems. Taking a counterfeit pill laced with iso would increase the risk of “breathing problems,” which actually means that your breathing would slow, causing you to fall asleep, pass out, and/or even die.

This, among other factors such as the high possibility of addiction and its high potency, led to the DEA issuing a temporary order placing ISO into Schedule 1 of the Controlled Substances Act (announced in June of 2020, effective August of 2020-August 2022). 1

Protecting Yourself from ISO

Whether ISO overtakes fentanyl as the top overdose killer in the U.S. remains to be seen. The best way to protect yourself from either of these deadly substances is to stay away from illicit pills. Counterfeit pills most likely contain fentanyl or iso, and as DEA tests have shown, four out of ten pills will contain potentially lethal doses of the illegal drugs.

If you currently have an opioid use disorder, remember that recovery is possible. We are here to help. Check our resources page, or visit our partners at the Warren Coalition to request help. And always keep naloxone on hand. You and your loved ones can sign up for our free Revive! Training and receive two free doses of Narcan. 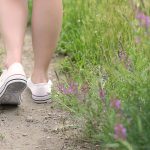 What Is Opioid Dependence?