Fentanyl has made its way into the Shenandoah Valley, and is believed to be responsible for numerous overdose deaths in recent months. In the drug prevention community and among law enforcement, it is a recognized problem. But for many family members whose loved ones are dealing with a substance use disorder, fentanyl is still unfamiliar.

What exactly is fentanyl?

Fentanyl is a powerful synthetic prescription opioid that was developed to treat patients with severe pain; usually after surgeries or for people suffering from cancer.

Prescription forms of fentanyl include:

These may be given as a shot, a patch, or lozenges that are sucked like cough drops or lollipops. (Take special note of this if you have children and remember to lock up your meds. Need a lockbox? You can order a free one from us.)

What are some common names for illegal fentanyl?

Street names for fentanyl include:

Illicit fentanyl comes in a wide variety of forms. It may be sold as a powder, dropped onto blotter paper, put in eye droppers and nasal sprays, or made into pills that look like other prescription opioids.

Why is fentanyl so dangerous?

Because fentanyl is so potent, it doesn’t take much to affect a person. Just two to three milligrams can lead to death. That amount is smaller than a penny.

(You can learn to recognize the signs of an opioid overdose and how to administer life-saving naloxone at our next free “Revive! Training“.)

Drug dealers mix illegal fentanyl with other drugs, including heroin, cocaine, and methamphetamine. (In fact, a small dangerous pill combining cocaine, fentanyl, and meth is now present in the Shenandoah Valley.) They mix the drugs to increase their profits, as it doesn’t take much fentanyl to produce a “high.” But the people taking the drugs usually do not know fentanyl is mixed in, making it extremely easy for them to consume too much and overdose. When this happens, a person’s breathing can slow or stop, which can lead to a coma, brain damage, and even death.

In addition, counterfeit drugs, such as hydrocodone tablets, Percocet, or Xanax, may also contain fentanyl without the user being aware of it.

If you or someone you know struggles with an opiate use disorder, help is available. Visit the Resources page of our website to find assistance. 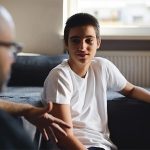 5 Tips for Talking to Your Kids About Marijuana 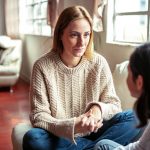