Five Tips for Talking with Your Teens

It can be hard to feel like we’re reaching our teenagers when we talk with them. The sighs, the rolling eyes, the snarky responses…it all screams that we’re wasting our breath.

Research has shown that our perceived approval or disapproval actually matters a lot to our kids. (Believe it or not, they’re actually less likely to drink alcohol if they know you’ll disapprove of it.) You would think that since we care about them, and they care about our approval, conversations would be easier! However, at the same time, our teens are trying to assert their independence and come to grips with the fact that their fun-filled childhood is behind them and ahead is a life that can be pretty intimidating in its demands. Not to mention all the social and academic pressures, the athletics…you get the idea.

There are a few things you as a parent (or an adult friend/mentor!) can do to help ease that transition and keep the conversation flowing:

Keep in mind that what you bring to every conversation is your own baggage, and that can heavily impact how you’re reacting to things your teen says. And in asserting their independence, maybe they’re pushing your buttons a bit…or a lot.

It can help to better understand yourself, your own past, and your triggers, as well as those of your child’s. We offer a few free classes that can help with that: Understanding ACEs (for an overview of Adverse Childhood Experiences, or ACEs, see this article), and Trauma-Informed Training.

To help you start those hard conversations about preventing drug and alcohol misuse, check out SAMHSA’s app. 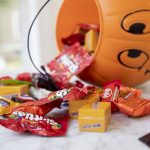 The Importance of Exercise to your Mental Health